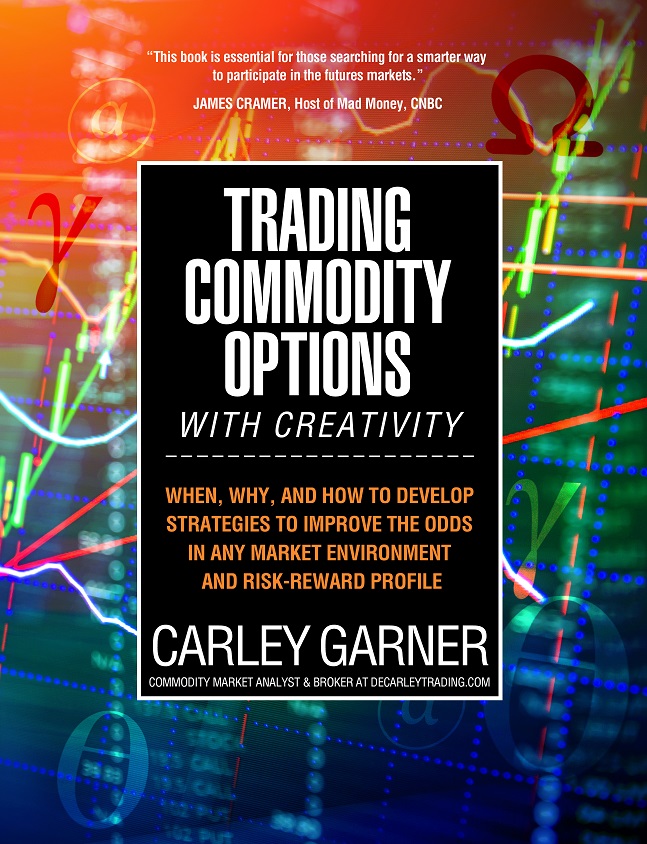 "This book is essential for those looking for a smarter way to participate in the futures markets."

Get an Autographed Copy 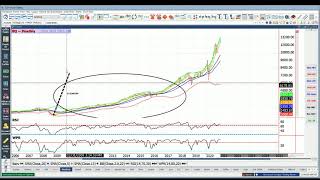 A Live Look at the Futures Markets

The trend is your friend until it isn't. We see signs of potential reversals on the horizon in the stock indices, currencies, and interest rates.
686
26
3 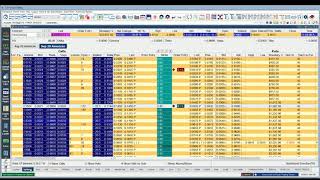 Copper is quietly surging but can it last?

We tend to be eternally optimistic but when it comes to the miraculous recovery in the metal considered to be an economic bellwether we have to start asking questions. In essence, copper has been the tech stock of commodities. Not only has it recovered all of its Covid-19 shutdown losses, but it has recently reached prices not seen since mid-2019; well before any of us could have possibly predicted what was in store for the global economy in 2020.
389
13
0 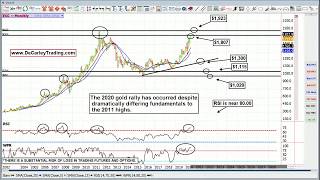 Gold is grinding higher, but a continuation of the trend isn’t guaranteed.

There is only one other time in history we have witnessed gold prices trader higher than they currently are: 2011. At that time, the US government debt had been downgraded by rating agencies and it seemed the world, the US dollar, and the stock market were melting down before our eyes. This time around, the yellow metal rally has a completely different backdrop. Stock indices are (reasonably) near all-time highs, the dollar is hovering at levels considered to be unsustainably lofty in years past, and despite aggressive monetary policy and debt loads, the US government is still considered a risk-free borrower. Yet, gold has managed to find a way to move higher.
426
16
8 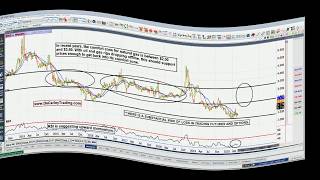 Although the oil and natural gas markets face vastly different fundamental stories, they do have a few aspects in common. For starters, we’ve seen oil and gas drilling rig counts collapse to levels not seen since the financial crisis and at a pace we have never seen before. Secondly, both commodities will be influenced by the currency markets and the dollar strength is showing signs of fatigue. Both of these factors should at least provide support to the gas market and might even help pull prices up toward a more equilibrium level.
321
18
3 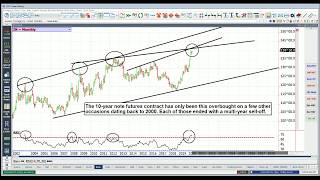 Treasuries are giving mixed signals, but gravity could take hold.

The mantra, “don’t fight the Fed”, has been the trendy tagline to reference high-flying Treasury securities. This is for good reason, the Federal Reserve unleashed bazooka style monetary policy to combat the COVID-19 virus and its economic effects forcing interest rates toward zero. The masses seem to have accepted the idea of negative interest rates. In fact, they seem to be expecting it. The Fed isn't expected to make any changes to the Fed Funds rate until we get more clarity on the impact of the COVID shutdown. Thus, unless the bond vigilantes take it upon themselves to push short-term rates into negative territory, it might not happen. Also, now that we've seen the idea of negative interest rates become mainstream, the story might finally have run its course. That’s generally how it works; once a fundamental story becomes seemingly obvious, its implications are already priced into markets, and prices generally reverse against generally accepted expectations.
258
13
8 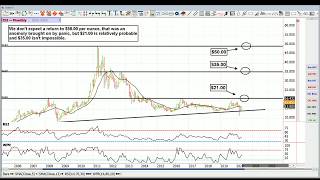 The Gold-to-Silver Ratio Suggests Silver is a Bargain.

Gold and silver futures generally move in the same overall direction, albeit often at varying paces. Yet, today’s extreme fundamental environment in which the economy has been turned off, but the floodgates have been opened to fear have resulted in the two precious metals taking two very different paths. As investors have turned to gold as a portfolio hedging mechanism, the industrial demand for silver has cooled off. As a result, the gold-to-silver ratio has risen over 100 for the first time in history (at least as far as I am aware). In the past, an excessive gold-to-silver ratio reading has eventually translated into higher silver prices. Will this time be different because of COVID-19? Probably not.
370
12
2 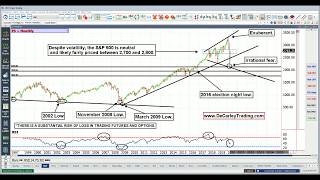 The Stock Market is no Longer Oversold, but it isn’t Overbought Either.

The financial markets have been highly emotional and largely erratic. Thus, it feels like a good time to tap on the brakes to look at the bigger picture. Despite unprecedented volatility, which truly began on election night 2016, the S&P 500 has once again landed in neutral territory between 2,700 and 2,800.
425
11
6 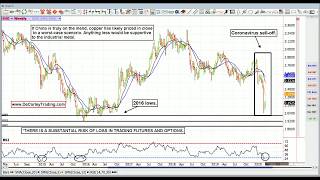 Unpopular Opinion – Copper will soon be a better buy than a sell.

Unlike precious metals such as gold and silver, copper is primarily used in industry. The most common use of copper is electrical equipment such as wiring and motors, but it is also used in housing for roofing, guttering, and plumbing. Reading today’s headlines, a recovery in these areas feels impossible but a lot can change in the next 30 days. Perhaps copper futures will hold support near $2.00 and make a move back toward $3.00 in the coming months.
332
16
2 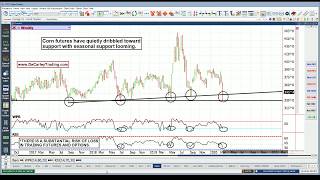 Most traders I speak to are interested in the best speculative stock market trade in the wake of coronavirus turmoil, but maybe the best plays are to avoid face-ripping volatility in the financials and look to what might be more logically priced assets such as the grain markets.
432
13
5 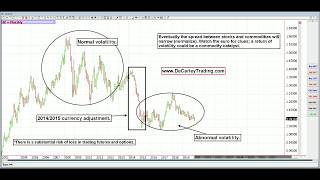 The spread between stocks and commodities is overstretched. Will it matter?

To my knowledge, there has never been a larger discrepancy between the valuations of stocks and commodities. While each asset class has independent fundamentals and shouldn’t carry perfect correlation, they have always been somewhat tied to each other. Yet, we are currently witnessing both markets stretched to extremes; while stocks are at all-time-highs, commodity indices such as the Bloomberg Commodity Index are near all-time-lows.
365
20
5 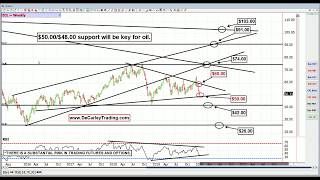 Crude Oil and Natural Gas: Be greedy when others are fearful?

The first thing I learned about the financial and commodity markets is not to fall in love with high-flying assets, although doing so lately has worked. Likewise, writing off markets most traders have grown to hate is generally a bad move in the long run. The explanation is simple, most active speculators are wrong more than they are right; human behavior and opinions change, even the “facts” can change as they did with the peak oil theory. Thus, if the masses are convinced a commodity will do one thing it generally does the opposite; if beating the markets were easy, everyone would do it.
668
27
1 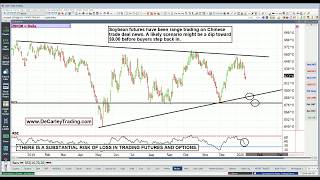 Don’t Sleep on the Grains.

This week President Trump signed a phase one deal with China that includes an agreement for the purchase of US agricultural products at a level that exceeds pre-trade war levels. Specifically, the Chinese have agreed to purchase $32 billion worth of agricultural commodities over the next two years. Why then, are grain prices softening on the news?
331
10
2
Load more...

Currency Trading in the FOREX and Futures Markets FT Press

© 2020 - 2023 by DeCarley Trading LLC. All rights reserved.
Risk Disclosure
There is a substantial risk of loss in trading futures and options. Past performance is not indicative of future results. The information and data contained on DeCarleyTrading.com was obtained from sources considered reliable. Their accuracy or completeness is not guaranteed. Information provided on this website is not to be deemed as an offer or solicitation with respect to the sale or purchase of any securities or commodities. Any decision to purchase or sell as a result of the opinions expressed on DeCarleyTrading.com will be the full responsibility of the person authorizing such transaction.
Top